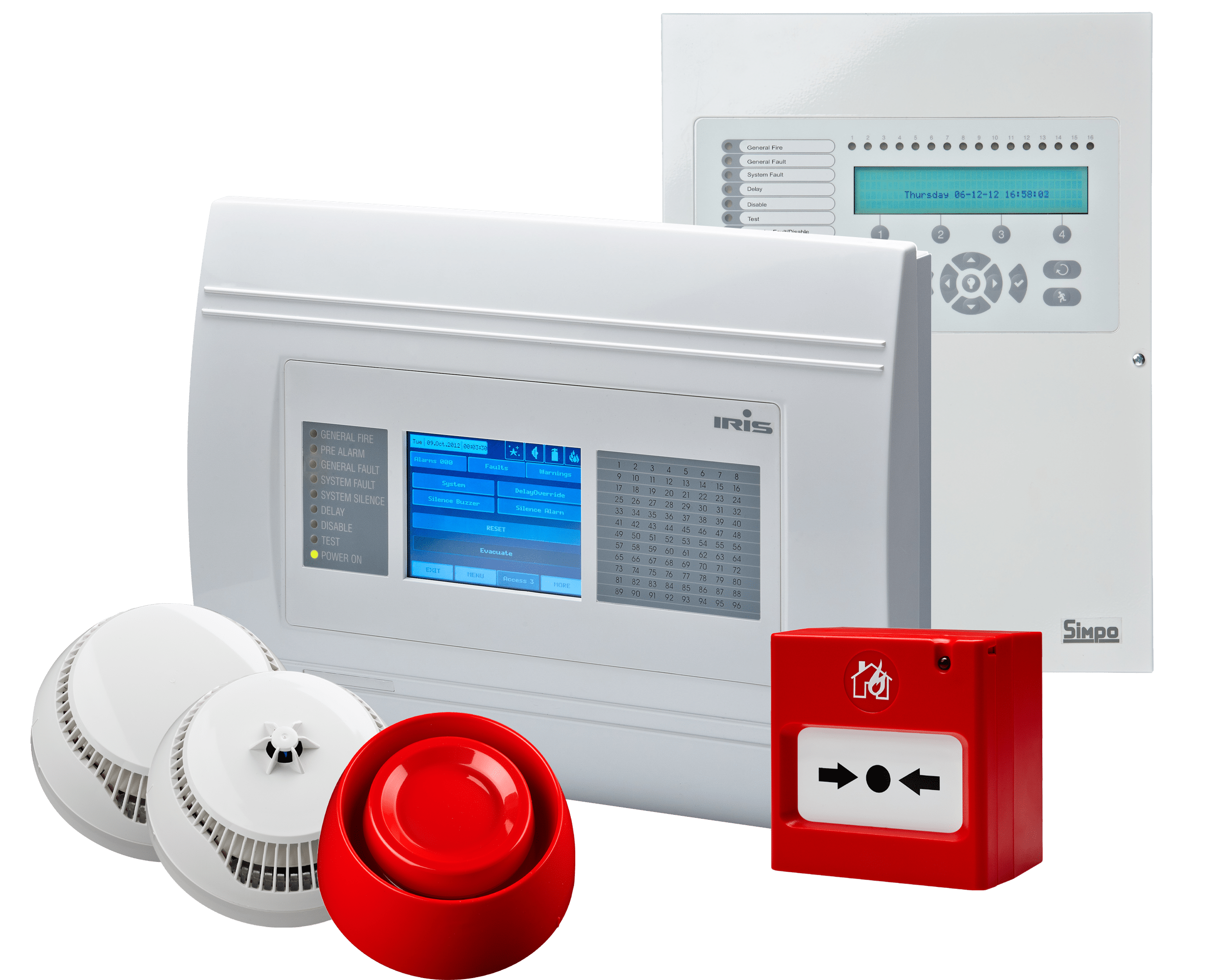 – New warning messages at every input/output activation including also the address number of the device;

– Every input/output can be described with a short text for its functionality. The text is up to 40 symbols long;

– The number of the logical inputs/outputs is increased to 250;

– New setting “Evacuation Timeout” in Sounders Mode Menu. It determinates the behavior of the sounders during evacuation: only sound, only strobe, sound and strobe;

– New Company Logo Menu for entering text describing the site and the support team of the fire system;

– The inputs of MIO modules now can be named individually according their functionality;

– New setting “Redundancy” in Network Settings Menu. It enables/disables single line break. The requirement is the network to be based on line topology;

– New feature for SensoIRIS MOUT addressable module. The module output can operate now in inversed mode – normal state is 24 Volts and activation is switch off – for example in fire doors usage;

– New logical output added (Action type) in Outputs Menu: Silence Alarm (Strobe ON). It silences the sounders but leaves the flash on;

– New setting “Pulse Duration” (One Pulse Mode) in Outputs Menu. Pulse duration can be set in interval from 2,5 to 600 seconds (2,5 seconds at a step);

– With TURN ON button now the installer can check the location of every device in the system, as the sounders are activated with sound signal also.

– New Zone Devices Menu (System-Maintenance-Disable). The installer can see all devices attached to a zone number;

– New feature for quick fixing the type of a device. When a device is replaced physically in the system configuration with other type of device, the panel will change its status to TYPE ERROR. The installer can quickly correct that using the FIX button, as the name and the zone number will be saved for the new device;

– The disabling of loop sounders is restricted for users at access levels 1 and 2 and it is possible only from access level 3.

ATTENTION: This setting is not in conformity with standard EN54-2!

– The panel’ menus now are available also on Estonian, Hungarian and Romanian language.

All supported languages are: