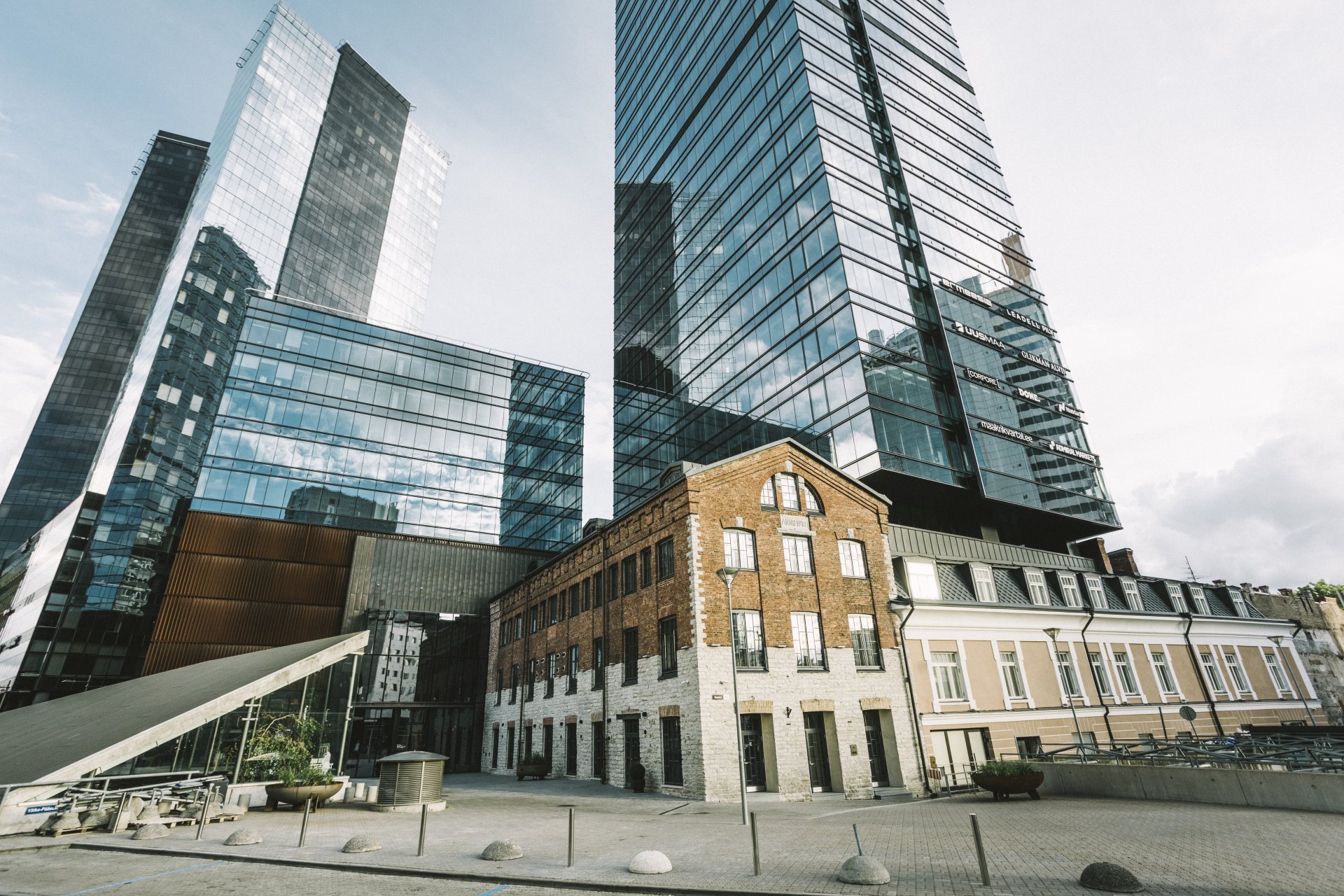 Overview The Maakri-Kvartal complex is located in Estonia’s capital Tallinn. The project comprises new high-rise buildings as well as restored architectural monuments and connects the historical heart with the newer district of Tallinn. Centrally located, the new business complex offers a total area of 36,000 m² . The Maakri Quarter includes seven commercial buildings: a 30-storey high-rise, a new 10-storey building, a new 4-storey building and four 3- to 4- storey buildings dating from the early 20th century which are protected as architectural monuments In addition to office and commercial space, a conference centre along with several restaurants with corresponding outdoor areas is being realized – all with an unbeatable view of the city and the sea. Three very modern, newly constructed high-rise buildings will eventually completely merge with four historical structures from the early 20th century that are currently being extensively renovated and expanded. The whole complex will subsequently present a very harmonious overall appearance.

Challenges The Maakri Quarter have to meet high-rise building fire safety regulation EVS 812-8:2018. Which demand fire alarm system integration with voice evacuation system EN54-16. In case of alert fire alarm bells have to sound 30 seconds and voice evacuation system have to play prerecorded message 30 seconds and they have to switch in loop until alarm is cancelled from the panel. The biggest challenge during installation was that panels communication must be less than 3 seconds. According to EN-54-2 standard is allowed 10 seconds delay, but the Estonian Rescue Board demands less than 3 seconds delay. To synchronize signals and panels action were used MIO22 modules and panel programming. Panel with alarm has been set delay 1-3 seconds and other panels 0 seconds, which ensures that bells and evacuation messages sound at the same time in all floors. With this solution all communication delays between panels are less than 3 seconds. Another big challenge was programming panels, communication, alarm forwarding and taking actions by alarm areas. This was solved by programming logical functions of panels with ProsTE In case of alarm system had up to 40 events at once in non-chronological order. This caused client problems to find correct cause of an alarm. This problem was solved with system software upgrade 5.9.5 by Teletek Electronics in January 2019.